Steve Jobs: The Greatest Marketer of our Generation6 min read

The Genius of Steve Jobs

Steve Jobs’ final words on this earth were also the best personal summary to a life well lived in such a short amount of time. The true “father” of the modern era of technology, Jobs had an incredible insight to where the future was headed when it came to computers, networking, technology and design. And it’s one we are still living out today. But for all his prowess with understanding consumer behavior and building teams to create world-changing products, there was one thing that separated Jobs from every other tech titan:

Marketing is the thing that so many of us know we need to invest in. But when we don’t know how to measure its effectiveness, we tend to slow it down or cut it out entirely. When Apple introduced its first computer in 1984, it deployed a completely unheard of (at the time) strategy and went all in on marketing. They created a Super Bowl ad which became one of the most iconic commercials of all-time:

This one commercial propelled Apple to worldwide status as the needed disruptor to push computers forward to mainstream. Gone were the days of massive mainframes, and arrived were computers that could display beautiful fonts and even talk to you.

Think Different: The Campaign That Changed Everything, Again

Fast forward a few years later and Steve Jobs was forced out of Apple, but later returned via an acquisition of his company, NeXT. He onboarded as interim CEO and eventually was voted by the board to drop the moniker and become the permanent CEO. That’s when the next computer revolution built around Simplicity began.

And it all centered, once again, around Marketing.

Next, the Think Different campaign was introduced. Jobs partnered with Chiat\Day, a creative marketing agency that would take his vision to incredible heights. They convinced the estates of the greatest humans on earth (Albert Einstein, Mahatma Gandhi, and Amelia Earhart to name a few) to allow them to license footage, voice, narrative, and likeness to be used in an absolutely brilliant, stunning marketing campaign. Posters and ads were placed all across the United States including Times Square in New York City. And alongside of that, Apple released a manifesto that would forever inspire generations of marketers and business owners:

The Marketing Genius of the iPhone Release

After the return of Jobs to Apple, his marketing and design teams were on the road to become the most famous in the world. They had taken computers out of the boring beige and into a colorful limelight. They had also used their innovative product design to shift their strategy toward a massive change – moving from mobile computers to the dawn of a new era: iPhone, the computer in your pocket.

Secret blogs started popping up attempting to guess or leak Apple’s product releases. There were rumors that Apple was working on something truly revolutionary, and it all gave way to the frenzy that would come around product announcements. Enter the most radical keynote speech at the time:

This keynote speech launched the mobile revolution that we are living in today. And once again, it didn’t just get legs from a one-time presentation. It got legs from memorable commercials and marketing campaigns, like the Hello commercial.

So Why Does This Matter to Marketers Today?

Our world is busy and distracted. With the rise of social media, our current “theres-an-app-for-that” culture, and mobile devices being more powerful than the computers that powered the Apollo 11 missions, everyone has unlimited opportunity 24/7. Organizations can never create enough content and marketing to reach those masses. But thanks to the rise of viral videos on YouTube, TikTok, and of course the Facebook, we’ve never had a more blank slate than when the first consumer computers were launched.

Every single day is a new day to wake up and build creative campaigns and content. We have better privacy control, more data sets, and more powerful devices than ever. All of this enables us as marketers to take an idea or a concept and test out how viable it is within days (and sometimes hours). Facebook Ads, Inbound Marketing, and Optimized Websites are just a few of the ways we currently serve our customers here at Soulheart. But we’re always pushing into the latest territories to explore new technologies and create visibility in areas were customers spend their time.

Thanks to the massive amounts of innovation and culture change Apple has given us all, we’ve seen the overnight rise of media consumption. This is has allowed marketers to create campaigns that win, all while tracking the success to help replicate it over and over. From e-commerce to nonprofits to mom and pop shops, Soulheart has seen it all and helped grow it all.

And we are indebted to a life well-lived by the one who has inspired us in so many ways — Steve Jobs.

Gone too Soon: The Memorial of the Man, the Myth, the Legend,

Steve Jobs not only inspires us but has inspired millions around the the globe. He’ll forever be a part of our lives thanks to the invention of Apple, the desire for simplicity and the emotion to actually believe he could change the world through a screen. Jony Ive wrote in the Wall Street Journal a fantastic bit to help us gain just another nugget of insight to what life was like alongside of Jobs. Read his article on what he misses most about Steve Jobs and check out some of the tweets the world was sharing below.

What the World is Saying

Your time is limited, so don’t waste it living someone else’s life.

Ten years ago today I lost a mentor, colleague, collaborator, design partner, and—most importantly—friend, when Steve Jobs left us too soon. He had an incalculable effect on everyone he impacted, which as far as I can tell, is everyone on the planet. pic.twitter.com/zcKZ1hlyCM

Bring your brand out of the shadows into the spotlight with Soulheart. Our comprehensive digital marketing services will give you the thrust you need to grow.

Your organization can grow with Soulheart. 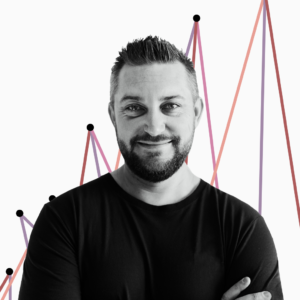 Joshua Brown is the visionary leader and founder of Soulheart and Follow Your Soulheart, his mantra to stop chasing your dreams and start building them. After serving a decade in the nonprofit sector, Joshua left a stable job at a $100M organization to create a brand fueled by passion and purpose. Joshua resides in Arizona and spends much of his time with his family on the open road pursuing his desire to build a life with zero regrets and inspiring people to take risks and do the impossible.

Joshua Brown is the visionary leader and founder of Soulheart and Follow Your Soulheart, his mantra to stop chasing your dreams and start building them. After serving a decade in the nonprofit sector, Joshua left a stable job at a $100M organization to create a brand fueled by passion and purpose. Joshua resides in Arizona and spends much of his time with his family on the open road pursuing his desire to build a life with zero regrets and inspiring people to take risks and do the impossible.

You May Also Enjoy... 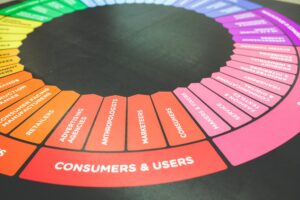 What is HubSpot? [A Breakdown of All Features] 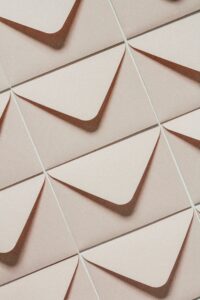 That’s Right, This is the #1 Email Marketing Platform 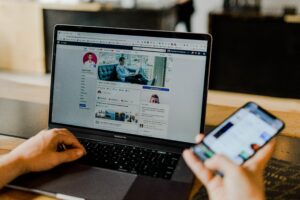 7 Rules for Nonprofit Advertising and Fundraising

The world of nonprofit marketing can make you want to pull your hair out. Follow these simple rules to make your advertising easier.

Grade your website in seconds. Then learn how to improve it for free.